WHAT ARE VIRAL WARTS?

Viral wart is a very common condition that appears as a growth of the skin and mostly caused byinfection linked with human papillomavirus (HPV). 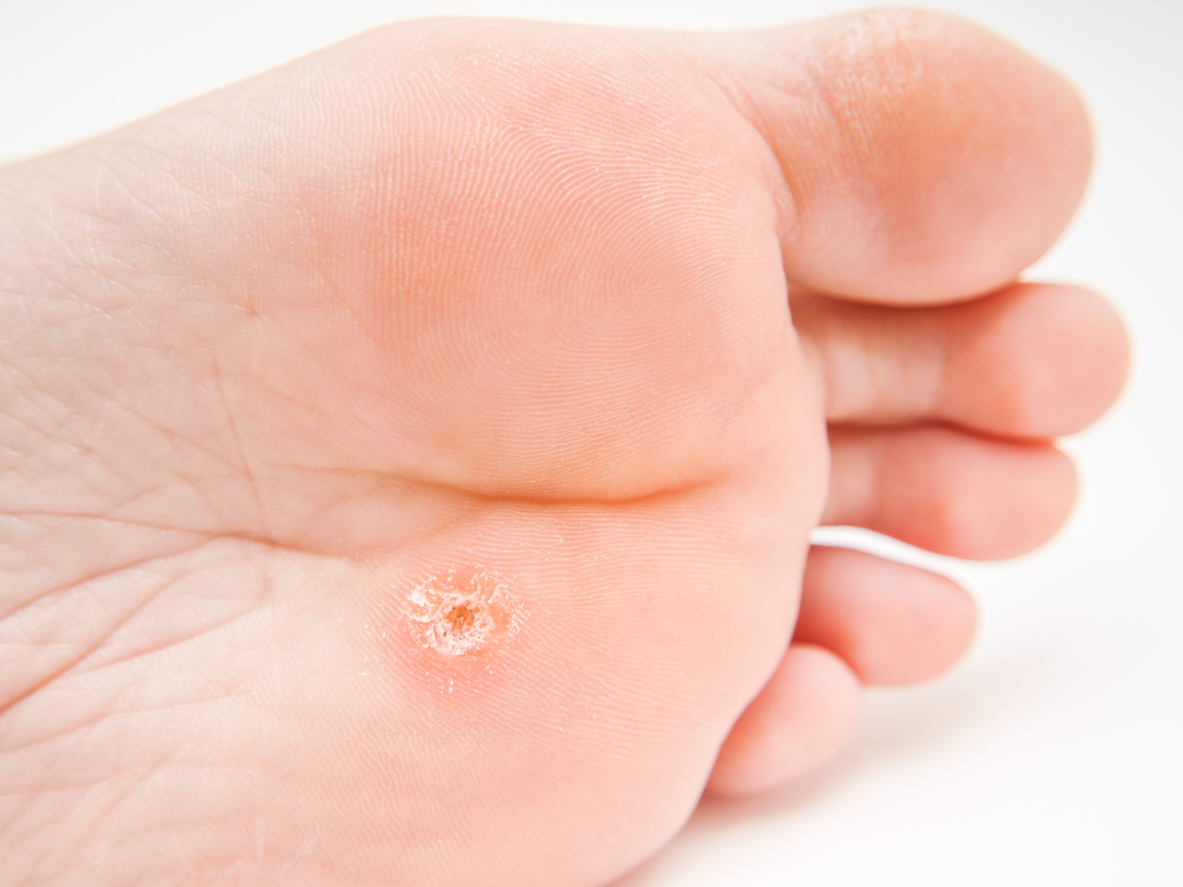 Wart condition can affect anyone at any age. However, one of the most common groups at risk are school-aged children.

Patients with eczema are prone to warts as well due to the damaged barrier of the skin. Lastly, individuals who are immune suppressed with medications like ciclosporin or azathioprine, as well as those infected with human immunodeficiency virus (HIV), have the chronic condition of warts regardless of receiving treatment.

In children, 50% of reported wart cases disappear within the next 6 months and 90% disappear after 2 years.

Adults have more persistent cases but the majority clear up after proper treatment. Warts are caused due to the DNA virus which is human papillomavirus (HPV). HPV can be spread by skin-to-skin contact or by autoinoculation. Any action of scratching and/or picking the wart will cause the spread of viral particles over different areas of the skin. Warts tend to have hard and keratinous surface. Sometimes a very tiny black dot in the middle of the lesion can be observed due to inner bleeding ( intracorneal hemorrhage). Treatment of warts is quite complex and may be uncomfortable to some patients depending on their pain tolerance. Topical treatments are very common. They consist of wart paints that contain salicylic acid which help to remove the dead surface of affected skin cells.

Another option is cryotherapy which consists of using liquid nitrogen to destroy lesion(s) on the superficial skin layer.

The technique of electrosurgery involves the removal of warts with the energy of the radio waves.

Also, certain surgical lasers are used for the treatment of viral warts.