A mole or pigmented nevus is a very common benign proliferation of melanocytes (pigmented cells). 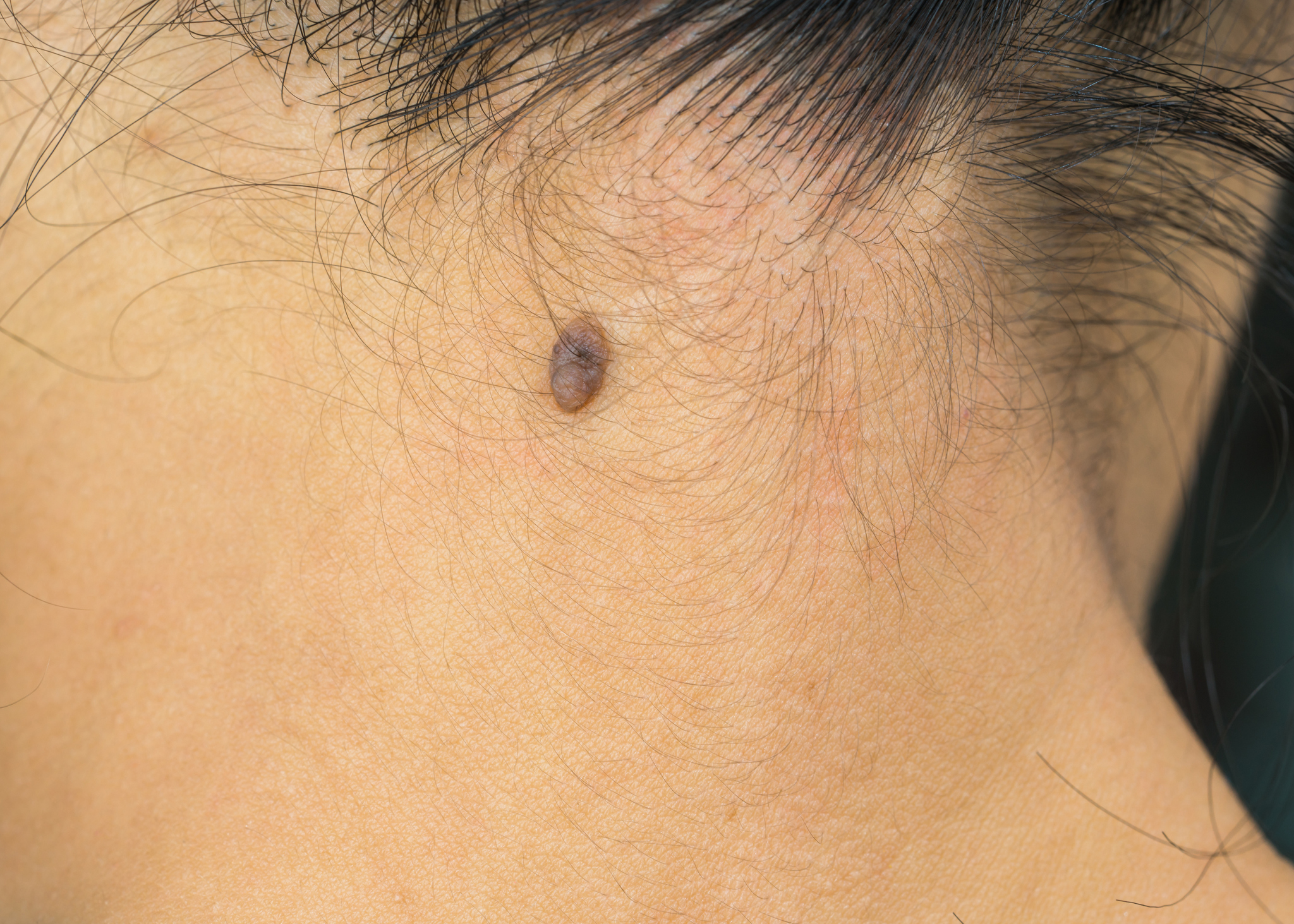 The colour of moles is due to pigment melanin that is contained in the melanocytes. A pigmented nevus can be presented since birth, and in this case, it is called “congenital nevus” or can appear later in life (acquired nevus).

Moles are very common, and everybody has at least one or two. People with Type 1 or Type 2 skin types (fair skin) usually have more moles than their darker ones. Certain factors, for instance, extensive sun exposure, may predispose to the development of moles.

Currently, there is no one established specific reason would be responsible for moles development. Likely multiple factors such as genetics, history of sun exposure, immune status, and certain medications may play a role.

The moles may look clinically variable and appear on any part of the body. The clinical variants of the moles may include flat, protruding ones, dark brown or colour of normal skin, and with size ranging from few millimetres to centimetres. People with multiple moles are at higher risks to developing Melanoma skin cancer especially if a number of moles exceeds one hundred.

Clinically suspicious mole has certain characteristics often referred to as ABCDE (Asymmetry, Border irregularity, Color changes, Diameter > 6 mm), also bleeding and crusting is an indication for a thorough assessment that includes Dermoscopy assessment and Biopsy. It is very important that a board-certified Dermatologist would do the assessment as a non-trained eye may miss dangerous and deadly lesion. The following methods are used for moles removal:

One of the most effective preventative methods is rigorous sun protection that helps to reduce the risk of photoaging and various skin cancers. The sun protection broadly includes the application of sunscreen and cover-up of exposed by sun areas with hat, shirt, and other appropriate clothing.